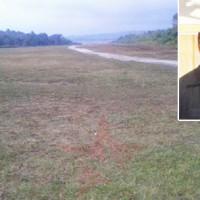 Mr Sogavare announced this in Parliament, Thursday as part of the new approach taken by the government to engage Malaita provincial government as the implementing agency.

He was responding on a questioned asked by Opposition Leader, Jeremiah Manele, regarding the new approach announced by the PM last November.

Mr Sogavare said the re-opening of Gwaunaru’u airport came about through the involvement of Malaita provincial government with Office of Prime Minister, Ministry of Civil Aviation, Ministry of Lands, Housing Survey and Attorney General in the Ministry of Justice and Legal Affairs.

He said the government decided to change the approach because it learnt from the Suava Bay project, which was delayed as a result of Office of Prime Minister trying to drive it and leaving out the relevant ministries.

“The people of Suava want to do land recording but the government go straight to do acquisition so we faced the problem.

“However, we have given March to June to settle things like holding reconciliation with land owners in order to allow the process to continue,” he added.

Furthermore, Mr Sogavare said the Government Caucus has approved a “Think Tank”, which consisted of Malaitans to go out and consult with Malaita Province and landowners to come up with an appropriate model to implement national projects in the province.

He said government has given 70 days which is due mid-May for the Think Tank to submit its report.

Mr Sogavare said the reason for setting up the Think Tank was to ask the right questions to landowners on what developments they want.

He said the government had learned from the Manaoba airport project, which cost about $63 million to build, but is yet to open due to land dispute.

In the meantime, Mr Sogavare said it was too early to say there will be an amendment to the Provincial Government Act.

However, he believes the report of the Think Tank might help the government to come up with a national legislation that can apply to other provinces as well.